The Market Ale House, Leyland is the holder of the CAMRA Central Lancashire branch's Cider Pub of the Year award for 2016.

The destination of the award was decided at the committee meeting held at the Leyland Lion, Leyland on February 11th 2016. 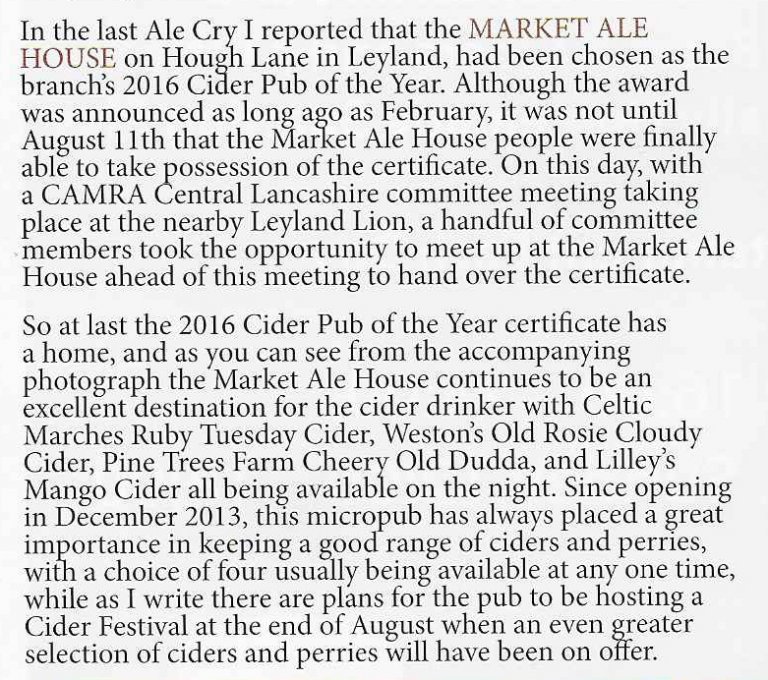 And below, the Cider Pub of the Year certificate on display at the Market Ale House after the informal handover on August 11th 2016. 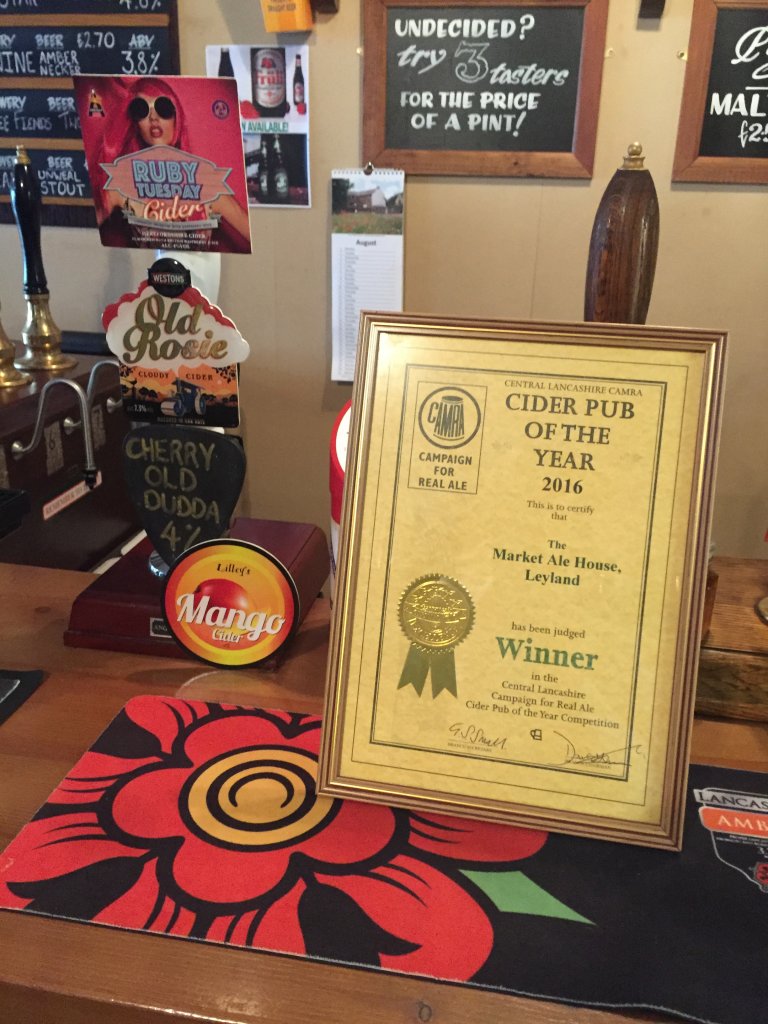