The Bob Inn, Chorley was the holder of the CAMRA Central Lancashire branch's Cider Pub of the Year award for 2015.

The destination of the award was decided at the committee meeting held at the Old Vic, Preston on February 12th 2015. This was the first time that a Cider Pub of the Year had been chosen by the branch. 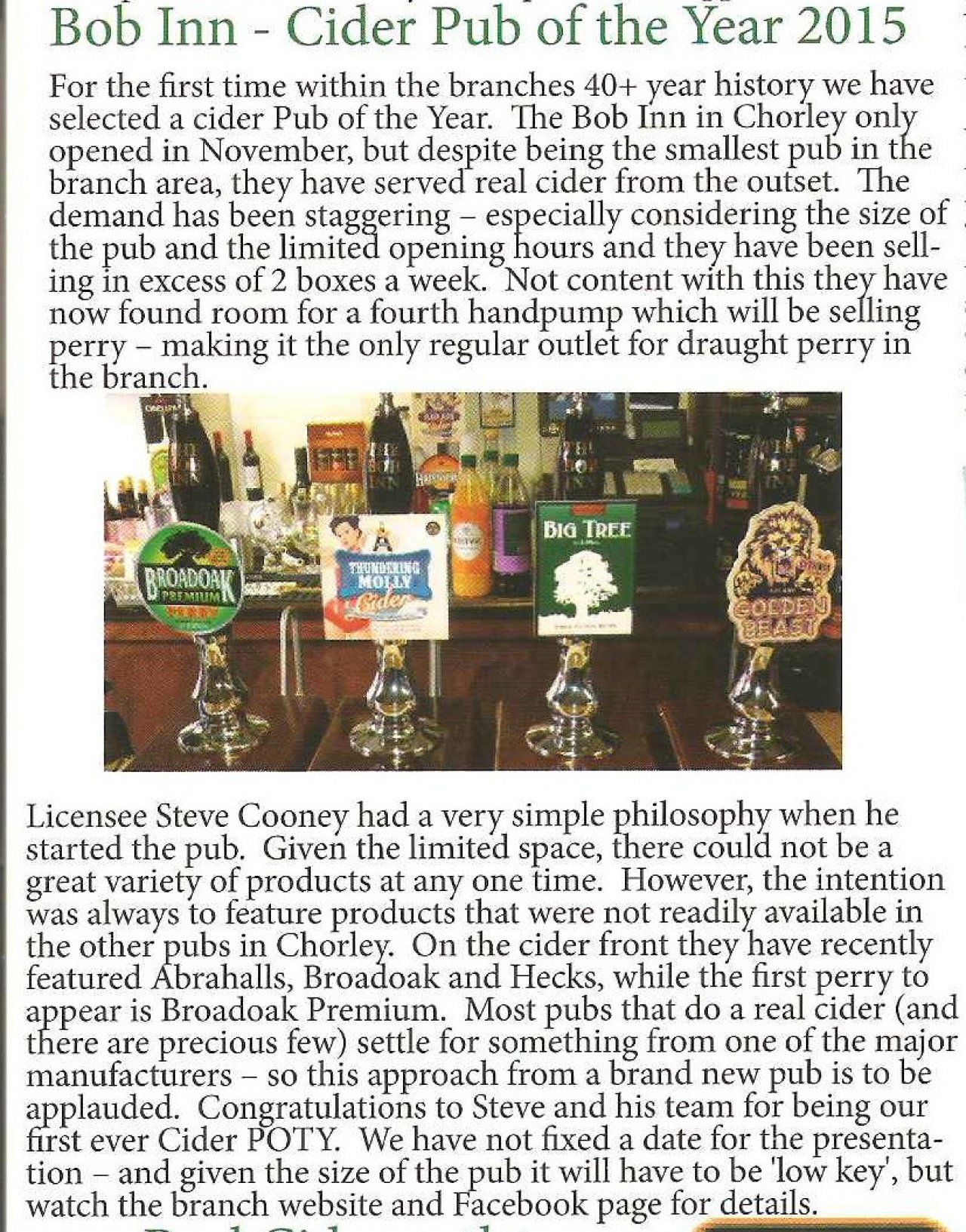 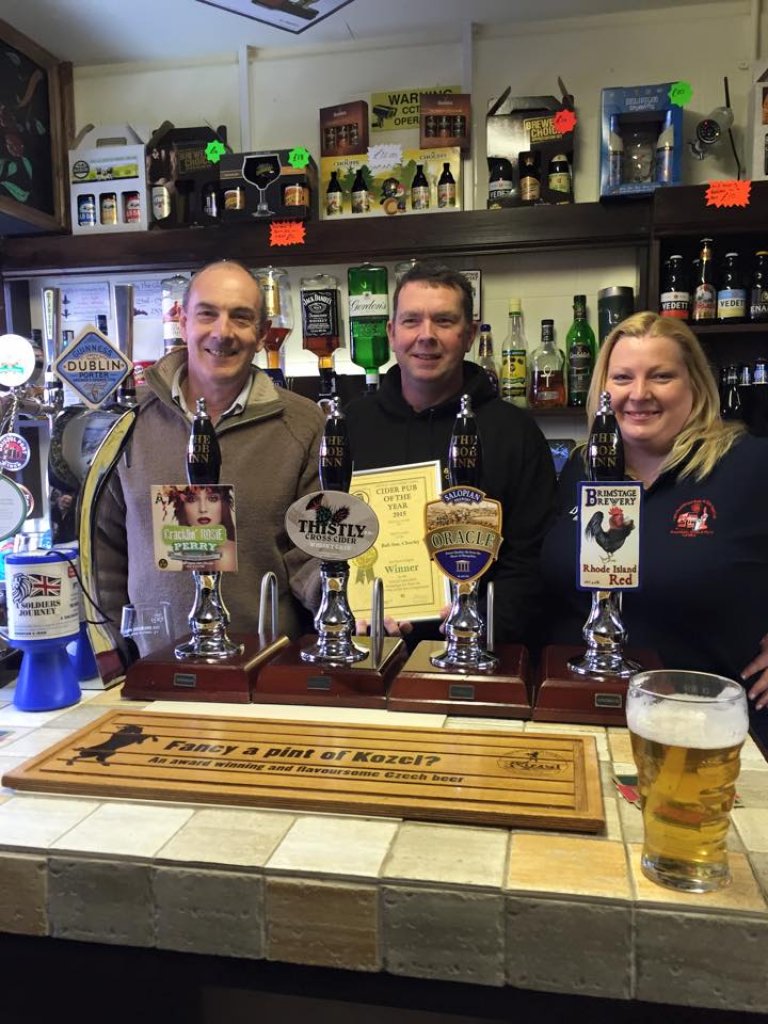