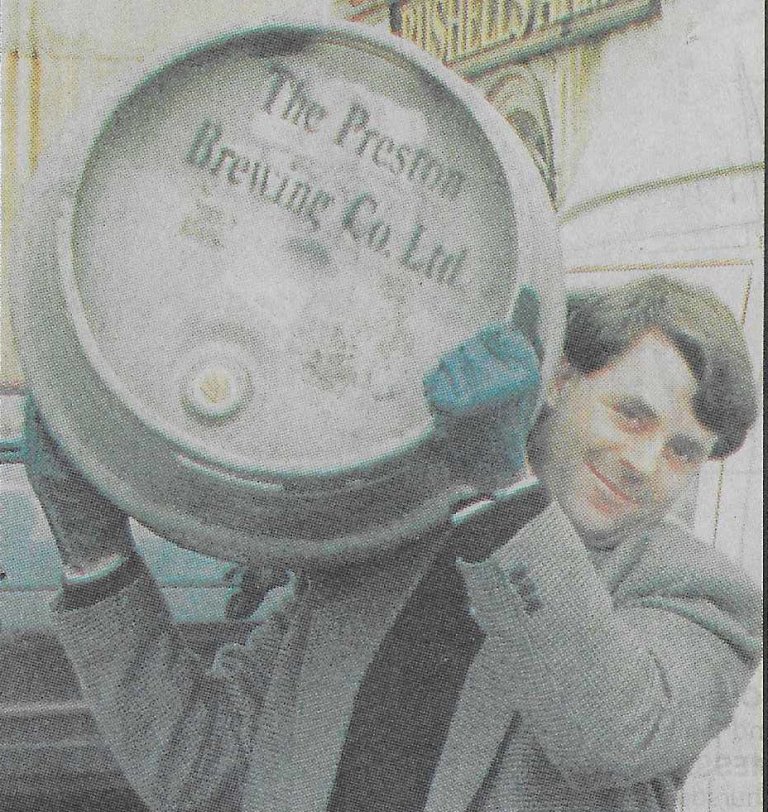 It was set up by ex-Matthew Brown man Graham Moss and his business partner Neil Coulton. Above brewer Graham Moss is pictured with a Preston Brewing Company barrel (photograph is from the Lancashire Post).

The address of the brewery was:- Atlas Brewery, Brieryfield Road, Preston, PR1 8SR.