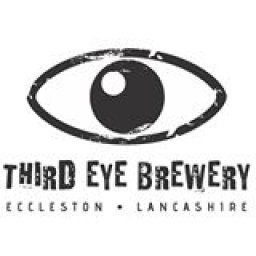 This brewery was located at Eccleston, with the company address being:- The Mill, Hurst House Farm Barn, Halfpenny Lane, Chorley, PR7 5PR.

Brewing commenced in May 2015, and continued for a period of about two years.

The brewery initially used a home made 1.5 barrel plant, although there were always plans to increase the capacity. The brewery produced cask beer, with distribution directly to specialist real ale outlets and beer festivals (both mainly within a 20 mile radius of the brewery). During 2016 it was the intention that some seasonal beers be introduced, as well as some bottled beers.

Session Ale (3.9%) - A hop forward pale ale, with some residual sweetness and body to balance out the hops.

Brewing was suspended in 2017, while the owner attempted to acquire some larger capacity brewing equipment. However with the brewery producing no beers in 2018, it became apparent that Third Eye Brewery had now closed down.