This brewery started at the rear of the Cartford Hotel at Little Eccleston in 1995. With the business growing owner John Smith re-located the brewery to Preston in 2010. In April 2017 Hart of Preston Brewery was taken over by the Lancashire Beer Company of Nelson, a pub supplies distribution company, with John Smith being retained as Head Brewer.

In 2018 the Lancashire Beer Company took full control of the brewery, although John Smith continued to be an employee. From March 5th that year the business was re-named Oscar's Brewery (Oscar being the name of a dog). The re-naming of the brewery also saw the re-badging of the brewery's beers.

Bonnie (4%), which was previously known as Blonde Beaver.

Muddy Paws (4%), which was previously known as Nutty SquirAle.

Golden Retriever (4.2%), which was previously Lord of the Glen.

Previously as Hart Brewery, and Hart of Preston Brewery:- 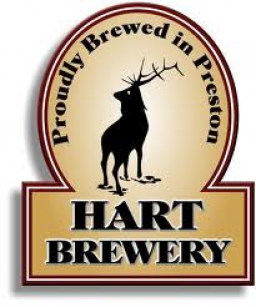 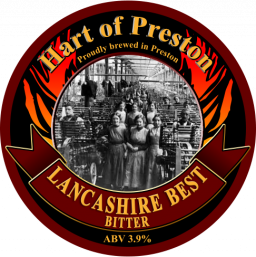 These are some of the original Hart Brewery products:-