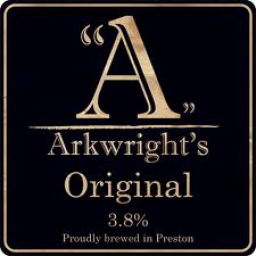 This brewery was located in Preston and was a 2.5 BBL plant. The brewery was originally based at The Real Ale Shop, Preston, but in the last couple of years was re-located to premises on Aqueduct Street, Preston.

It was active as a brewery from 2010 to 2016, although in the later years brewing was not on a regular basis. Over a period of time Arkwright's Brewery was superseded by Darkwave Brewing.